Another GMR 11 group module, held in Stockholm from April 23 to April 27, became memorable for the participants owing to its absorbing program. Those 5 days were packed not only with lectures on international law, subtleties of contractual relationships and current market constraints but also with visits the participants paid to various companies and the Arbitration Institute of the Stockholm Chamber of Commerce.

Scania gave a detailed account of the role international legislation and legislation of other countries play for business. Apart from that, the company representatives demonstrated assembly lines and introduced the learners to innovative solutions. Thus, modular assembly allows making a truck the way a customer wants it, using the same conveyor and doing it nonstop. The module attendees were excited to learn that despite the tendency of getting manufacturing further robotic, part of the robots used in trucks assembly was replaced by people, since the machines had to be too frequently readjusted to permanently deliver customized products.

Oriflame representatives gave living examples of cross-cultural interaction and attitude to work among employees of various ethnic backgrounds. The learners liked a great deal the way the company's office space was organized. It turned out that even an open plan office could be comfortable: special booths where one can find seclusion and talk on the phone, height-adjustable desks and a large number of meeting rooms. The plates on the executives’ office doors reading: "If I am out, you may work in my office" were particularly impressive.

Another visit was paid to DeLaval, a producer of machinery, making technological processes on dairy farms automated. Established as early as 1920 this company is proud of its innovations. Voluntary milking system developed by DeLaval engineers enables a single farmer to keep a herd of up to 50 cows, whereas feeding, cleaning and milking is performed by robots.
The module was highly appreciated by the participants, with the next one, no less gripping, to be arranged for the GMR11 group in Italy, approaching. 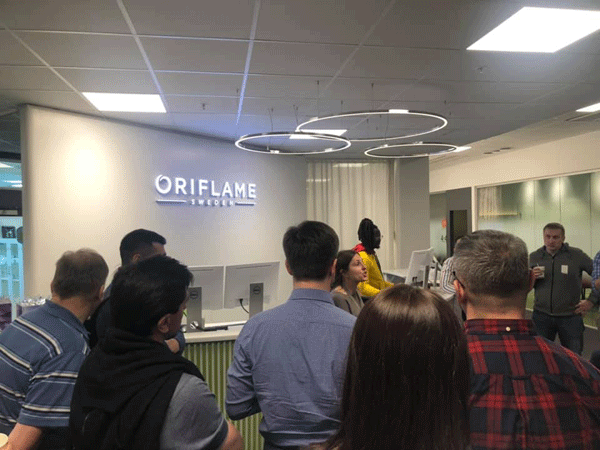