How do European companies see the potential of the Russian market? Digitalization, sustainable development, artificial intelligence: What’s behind the buzzwords of the Russian economy?

The representatives of the Stockholm School of Economics in Russia visited the Consulate General of Finland in St. Petersburg on October 29 to take part at the European Business Breakfast, organized jointly by the Association of European Businesses and the Finnish-Russian Chamber of Commerce. More than 100 representatives of the Russian and European companies participated in the event.

Tatiana Evdokimova, Chief Economist, Nordea Russia, made an overview of Russia’s Economic Situation and spoke about the latest trends in Russian macroeconomics. Laurent Bardon, Head of Trade and Economic Section, Delegation of the European Union to Russia, highlighted the prospects of EU-Russia cooperation.

One of the topics discussed was environmental issues. Despite the fact that the government does not require fast changes from businesses in this area yet, the society is already forming a demand for companies to take into account environmental aspects in all sectors of the economy.

However, the main discussion focused on the problems and opportunities of the Russian economy, in particular, on digitalization and sustainability of development, artificial intelligence technologies adaptation. Speakers noted that Russia may stay on an equal footing with the rest of the world in terms of development in these areas, yet the economic feasibility of investing in digitalization is not yet evident for many companies. A lot there depends on the managers’ positions and willingness to act.

"I am convinced that SSE Russia graduates are well prepared not to miss out on the opportunities offered by the new technological advancements, and are therefore ready to use the achievements of progress," said SSE Russia President Anders Paalzov after the event. - Nevertheless, the new Executive MBA program, which we plan to launch in the spring of 2020, will put even more emphasis onto the new technologies". 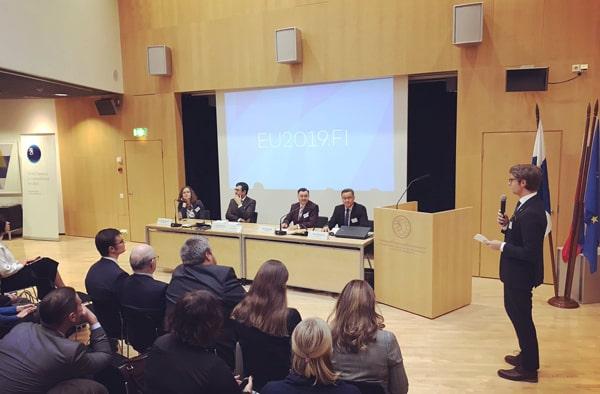