Graduation of the 8th round of RZD corporate program

On October 21st graduates of the RZD corporate educational program received diplomas and certificates in St. Petersburg. This was the last group of graduates of the corporate program in the Executive MBA format of the Stockholm School of Economics.

Dmitry Shakhanov, Vice-President of the Russian Rail, said that the goal of the program had been achieved.

“The main result is development of the new type of modern executives”, he stressed. “These are well educated leaders with long-term advantages related to the corporate style of management”.

This was the eighth group of graduates of the corporate educational program of the Russian Rail holding and the Stockholm School of Economics. Over eight years more than 300 employees of the company have graduated from the modular Executive MBA program.

This year thirty four Russian Rail employees received diplomas and certificates of the Stockholm School of Economics. “Over 40% of graduates were promoted as a result of the knowledge and such tools as the corporate style of management, which is a great value for the company”, Dmitry Shakhanov emphasized. Four of the 2016 graduates who completed the program with best results were awarded grants for completion of education at the amount of 70% of the required fee. And two company employees – Chief Engineer of the Installations Surveying and Diagnostics Unit Eldar Zagitov and head of the technical department of the Voronezh data-processing center Alexander Butov – who demonstrated top results at the final test, gained the right to study at the Stockholm School of Economics for free.

“This is my victory, it was quite difficult for me to be chosen for the program”, explained Alexander Butov. “I learnt about it in 2010 and immediately decided to join it. There are many opportunities here”.

Per Hedberg, the Academic Director of SSE Russia expressed the gratitude to the Russian Railways company for eight continuous years of fruitful co-operation and noticed a great level of competence of the graduates. 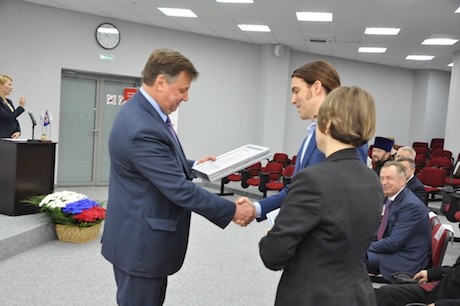 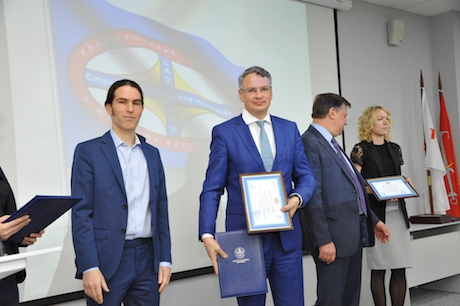 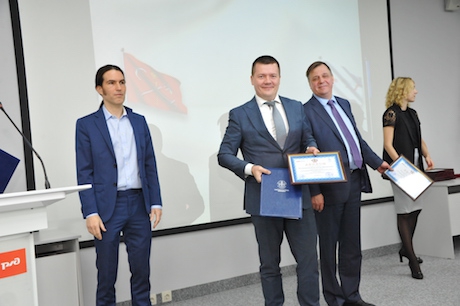