Network mingle «The role of leadership in the regions» - meetings results

The development of leaders in the company has become one of the most popular topics in the last couple of years. Leaders, who they are? How to educate them, and is it possible at all?

The Stockholm School of Economics went to the Ural region to study the issue. The meetings with SSE Alumni, managers of large companies and regional entrepreneurs were held in Perm, Yekaterinburg and Ufa on 3, 5 and September. These events were dedicated to the topic of leadership with questions such as: what kind of a leader is needed in the regions? And is there any difference between the regional leader and one in Moscow?

"The Stockholm School of Economics has been developing its special approach to learning for decades. In our view a professor for a qualified manager with a wealth of real cases experience, should be more a moderator than a teacher per se.  Based on theoretical models, he can help students structure their experience, train them in using analytical tools and discreetly encourage them to learn new management habits and leadership skills",- sais Vsevolod Krylov, Director of Executive MBA Programme at the Stockholm School of Economics in Russia.

The lively debates lasted two - three hours instead of the planned ninety minutes. "The discussion looks like demagogy ... elementary things", - Regina Bilalova, !YoVelo project manager (Ufa), initially commented on her Facebook page. But she changed her mind after the event: "As for me, the meeting was helpful... it's so on point, because it’s been a huge problem for me – how to find ways to organize the work with "newbies" in аsuch way that they become leaders".

As it turned out, communication with "newcomers" is really becoming the problem for managers. The new generation of employees has grown up under different conditions than most of the managers – they have their own opinions on almost every issue and are really averse to routine.

"I realized that everyone has their own inner leadership energy reserve. And then that one person with more energy in his or her vault suppresses the others. But if you create conditions for people with lower levels of energy and open, let’s say, a channel, they will certainly reveal their leadership qualities", - said Dmitry Vyazigin, commercial director of the travel agency "Pangaea" (Yekaterinburg).

Participants from all regions noted that the dialogue had led them to taking fresh looks at leadership, changing their perceptions and encouraged them to look seriously at their employees and find hidden leadership potential in them.

"We, as a School, have also enriched ourselves: current and future Executive MBA students will undoubtedly have the module dedicated to the topic of leadership in modern circumstances, based on comments and recommendations of the participants of these meetings", - Vsevolod Krylov noted on the results of discussions.

The work continues, new meetings lie ahead. On October 4, the next Network mingle event will be held in Krasnodar, where even more new ideas, suggestions and advice will be offered. 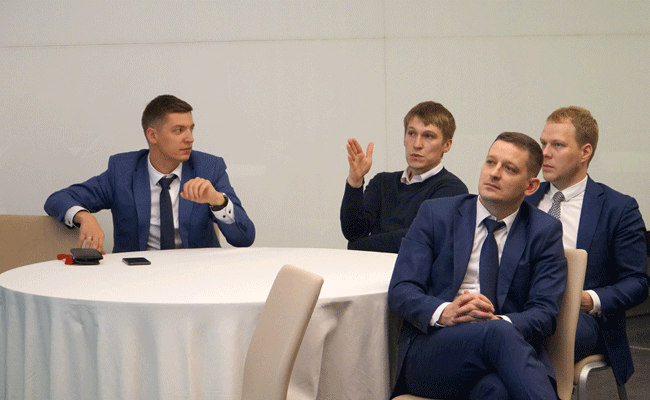 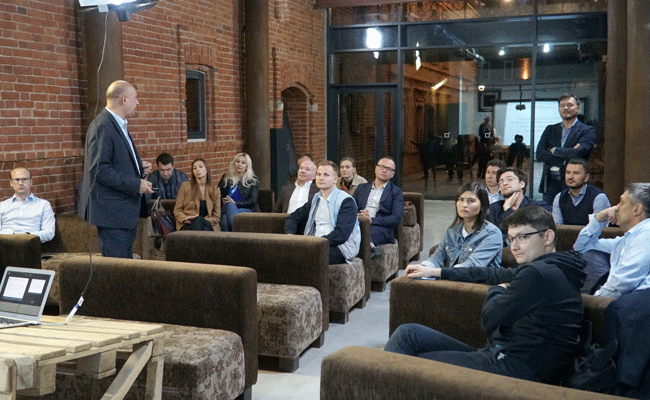