The module of another, this time 20th EMBA group in English, was held at the Skandinavia Country Club and Spa in the town of Sestroretsk, March 13-17.

Program participants included top managers of Russian and International companies, such as Oriflame, Tele-2, Gazprombank, BIOCAD, Northern Capital Gateway and others, who arrived from Moscow, St Petersburg and Kiev.

The program was opened by Anders Paalzow, Rector of SSE Russia. Academic Director Katerina Hellström educated the participants with regard to the academic policy of the Stockholm School of Economics and Program Director Vsevolod Krylov introduced them to the goals and objectives of the EMBA program. For the rest of the module the students were actively involved into team building training and business simulation Interplay.

The module also hosted a traditional meeting with SSE Russia alumni who shared their learning experience gained while undergoing the program and told the participants how they put knowledge obtained into practice. The audience was addressed by Ms Eva Sundquist Consul General of Sweden in St Petersburg, who is also an alumna of the Stockholm School of Economics. 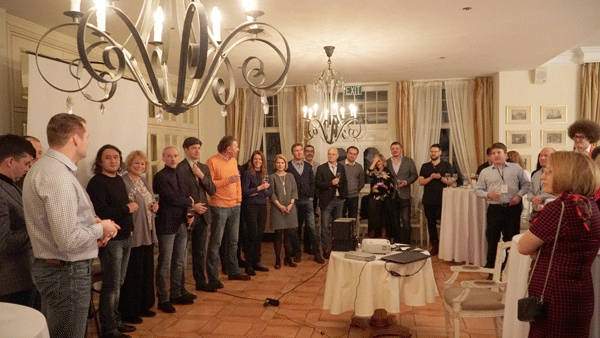