The alumni of the Stockholm School of Economics in Russia presented their book "Resource. Labor. Assets"

A rainy St. Petersburg morning did not deter those who wanted to visit the presentation of "Resource. Labor. Assets". The book’s authors, Arnur Nurkatov and Zhanna Nussipova (GMR5), are two successful graduates of the Stockholm School of Economics in Russia.

"Zhanna agrees that writing the book turned out to be much easier than presenting it", Arnur admits at the beginning of his speech. It is no coincidence that he chose St. Petersburg as the venue for the presentation: it has become his hometown during his studies and being here brings back a lot of positive memories.

Their book "Resource. Labor. Assets" has become the compilation of the authors’ knowledge, ideas and experience on labor resources creation, development and optimization with the aim of improving a company’s efficiency. The authors offer a practical tool for managing the labor economy, presenting all aspects and stages of work with resources, organizational structure of the company and increasing of the labor productivity in the book.

After the presentation, the moderator of the event Vladimir Marinovich (ex-CEO of Gett, a shareholder of Gett, a business development expert) offered guests to compete for the opportunity to get the newly printed copies of the book by asking interesting questions about human resources management based on the example from their own companies. The first question from LUCKY PIZZA General Director Stepan Kell was about the optimal period of top manager employees "testing". Denis Opryatnov, the founder of the St. Petersburg Military Recruitment Help Service, initiated the discussion on leadership, suggesting the authors to consider the importance of formal and informal leaders in the company, for example, whether it is necessary to keep the "outside the system" leaders in the company.

The participants talked over the difficulties of the companies owners as well. Can the staff management be predictable or is it all about manipulation? How to work with Generation Z and infantile employees? What tools and methods of encouraging can be applied to the top management?

Some tricky questions were also asked, such as: how many people Arnut had had to fire while being the head of the department? (about 2000 people). Do the authors support interoffice romance and the idea of the four-day working week? ("yes" and "yes").

The audience was excited about the subject of the book and the authors' presentation. The guests noted the relevance of the ideas laid out in front of them and the discussion between Arnour, Zhanna and the guests continued long after the official part of the event had been over. 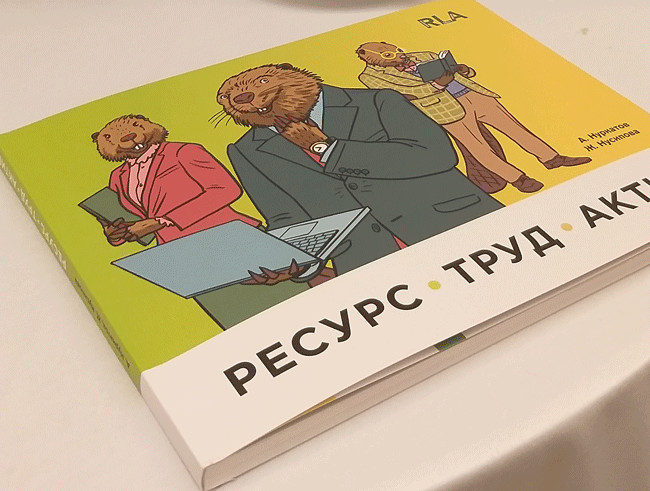 Arnur Nurkatov graduated from the Alma-Ata Narhoz University with a degree in Accounting and Business Analysis, then from the Institute of Professional Accountants in Moscow. He received the Master's degree in business administration from the Financial University under the Government of the Russian Federation and an Executive MBA degree from the Stockholm School of Economics in Russia. After graduation, he worked as an accountant and then became a businessman. After 2000, he had held the position of the Chief Treasurer - Director of the Financial Department at Kazakhtelecom JSC, then became the Chief Financial Director. For the last 4 years, he has been managing "KT Claud Lab" LLP (cloud information technologies).

Zhanna Nussipova studied at the Leningrad Institute of Cinema Engineers. Then she changed her professional field and received the Master's degree in economics from the Kazakhstan Institute of Management, Economics and Strategic Research. She worked as an economist on television and then moved to Kazakhtelecom JSC, where she met Arnur. Nowadays Zhanna works in an investment company.